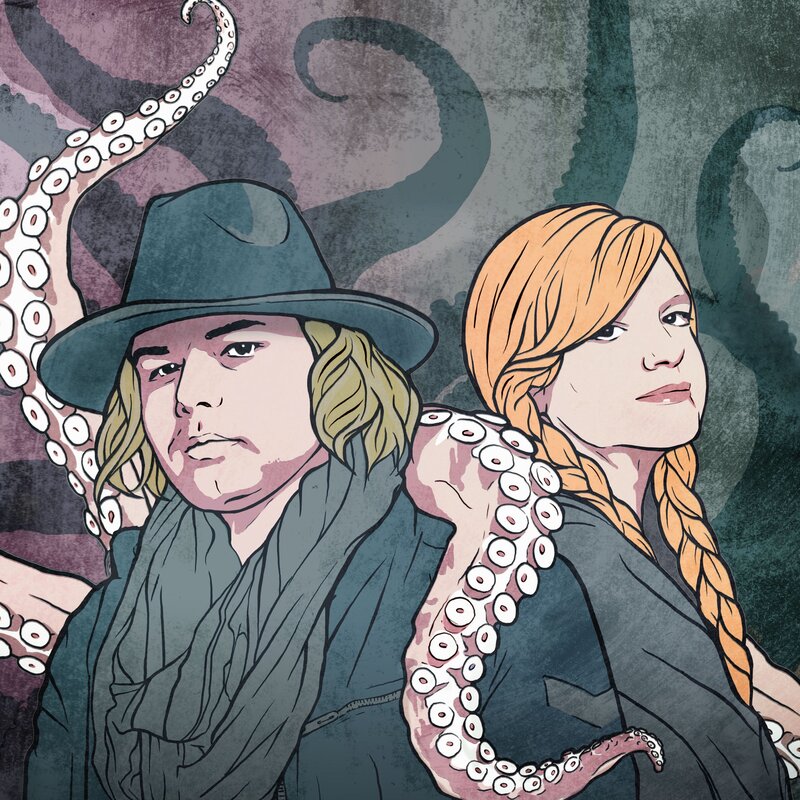 Find our Music!
Monsterboy is a break-out music project of blended genres based out of Little Rock, Arkansas. The project began as a solo project, but after an interview by MTV.com at Bonnaroo, the project became a duo, and for touring will be performing as a trio. By pairing traditional instruments with rock and EDM elements, their brand of alt-hybrid-pop resonates with the “music misfit” and “band nerd” in us all. The chemistry between the members lies at the heart of their performances, a musical love story that captivates their audiences.

Monsterboy has played various events and festivals across Arkansas since its inception, Nashville, TN in 2017/2018 and Austin, TX in 2018/2019. The group also currently receives airtime on Arkansas radio from KABF, NPR, 100.3 the Edge, Shindig music, and Shoog Radio. The group will also be added to the Arts on Tour Roster, which is a program headed by the Arkansas Arts Council, in the summer of 2020.

Artist Bios
Chris Long
Chris Long began playing the violin at the age of six. By the age of 13, he had mastered many more instruments, including guitar, bass, keyboard, vocals and percussion at which point he began to compose his own musical pieces. Throughout his adolescence and early adulthood, he played in several bands of various genres, taking it upon himself to master the art of recording, producing, as well as graphic design to support his musical ambitions.
In addition to his direct musical endeavors, he joined Think Big Little Rock Entertainment Committee to help implement future plans for the city of Little Rock, including the creation of a new arts district in the downtown area. He is also participating as a keynote speaker in the 2020 Arts on Tour program to discuss middle class musicianship at high schools and colleges across the state of Arkansas. He is a two time Sally Williams Grant Recipient, an Artist Inc. Fellow, and an Arkansas Times Musician Showcase semifinalist.

Veronica Wirges
Veronica Wirges first discovered her love of the saxophone at the age of two when stumbling upon a Jazz quartet at a local festival. Despite protests from her mother, she refused to budge until the band had played their entire set. Just ten years later, her mother took her shopping for a musical instrument of her own, she found herself face to face with fate when she heard the familiar sound of the sax being played in the next room.
She continued playing saxophone, and even picked up piano, throughout her teens, but took time off of the musical side of art to develop her visual arts skills. As a visual artist, she continually works with unconventional mediums, so when the opportunity arose, lighting and stage design came naturally to Veronica. For many years, she assisted Chris Long in his musical career by providing imaging, set design, props, and lighting directions. However, in 2018, Veronica rejoined her lost love of music by joining Chris in the music project, Monsterboy. In this project, she is able to pursue her love for playing saxophone, keys, as well as the kalimba, while still implementing the visual elements of the project such as stage-lighting and the video work that has become her hallmark.
In 2017-2018 she joined the Think Big Little Rock committee to assist in the development of new music festivals in the area aligned with the time of SXSW. She is also an active member in the Arkansas Festival and Events Association. She is developing a keynote speaker program for high schools and colleges in the 2020 Arts on Tour program through the Arkansas Arts Council. Veronica is a Sally Williams Grant recipient as well as an Artist, Inc. fellow.
Click on our Calendar Page to see the latest events!
Our music is available for purchase/streaming at the links below!
iTunes/Apple Music
​YouTube
Amazon
Spotify
Google Play
Help us buy a Bass Saxophone by Joining our Patreon today!
Join our Patreon